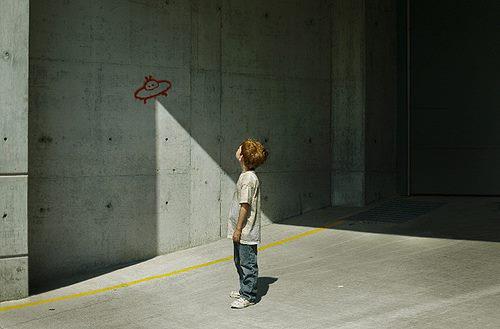 On January 9th 2007, I was just hanging around on the web when my dear friend and Web 2.0 mentor Frédéric Brunel dropped me a mail : “Cecil stop whatever you’re doing right now and go and see this : His Steveness is introducing the iPhone. The world won’t be the same again”.  (If you want to watch the live stream, it’s online : Endgadget saved the day).

If there is a year to be marked as a milestone as the kick-off of the major innovations we have witnessed recently, 2007 is a great contender. Later that year, Twitter became an instant hit at the SxSW event and Facebook opened their system via opened APIs eliminating Myspace in the process. Mobile and Social became huge.

Since then, an exponential number of disruptive innovations both in consumer electronics and online services have completely transformed the way we organise our lives, interact with people, get things done, learn and get informed.

Sadly, at work, things have not changed so fast. In my view, this probably is one of the most critical issue (and one of the main opportunity) to be addressed by businesses in the forthcoming years …

Ludovic Cinquin presentation during USI2012 (FR) does a fantastic job in showing how disruptive IT innovations happen in different areas and how they feed each other to keep this sustaining pace of tools and techniques breakthroughs :

Then you need to add to this IT tryptich the new methodologies of work, just as disruptive as the technologies above (Agile, Lean etc …).

I like the conclusion of Ludovic’s talk. He says that after using the same methods as building bridge to build software, IT is now finding its own specific way. This reminds me this insightful quote from Serge Soudoplatoff :

Basically : we have already crossed the chasm at personal level and we haven’t in our organisation. Which illustrates the huge problem : nowadays innovations go as fast as the early adopters (individuals) while the adoption in organisations only goes as fast as the slowest adopter (Theory of Constraints).

This causes the great digital divide, a divide we can witness at different levels. First we can see it, at external level, between companies that adopt these technologies fast and the ones that don’t. This causes the former to get strategic advantage in the process.

Then we may observe it at an internal level, inside the company, between early adopters and slow adopters. This may cause organisation culture disharmony.

Lastly we can see it at individual level. This divide appears at technology level between smooth consumer IT and painful enterprise IT. It appears also at methodological level between voluntary work and enterprise missions. The first one often offers simple ways of getting things done (communities, online intiatives, open source software development all using extensively new communication tools and decentralized organisations) while enterprise offers processes that, in comparison, may be seen as rigid and top-down : this causes frustration and disengagement.

In all fairness, I’m not completely sure that the gap is widening due to the sole increasing speed of cutting edge technologies.

My observation is that we have put IT systems in place to implement work process in order to structure the way we worked. The projects to implement these big systems have been strategical and have proved to be, more often than not, costly and painful. Taking the risk of changing these systems may have huge financial and IT consequences.

In addition, as Yves Morieux from the BCG wrote, during the last 20 years, companies have put in place an extremely complicated organisation to address the increasing complexity of today’s economy.

Has the enterprise became more agile and nimble while achieving these two results ? One could argue that, rather, organisations have impaired their ability to adopt innovation.

It will be really interesting to see how companies will address these growing digital divides issues. There only are two things I take for granted out of this situation.

The first one is that observing closely what has happened during these last five years, I don’t see any slowing down in this exponential pace of innovations. Therefore there is no tangible evidence that we are just going through an exceptional limited time of disruption bursts that will end up soon so that we can go back into “normal” mode. My take is that the pace will continue to grow and that the new “normal” mode is permanent change. Which means that the strategy consisting of waiting for the dust to settle to take informed decisions on all these different innovations is a very risky one : your business may be dead before you have taken any decision.

The second one is that companies will need more and more consultants, change agents and coaches to implement the change in their organisation. So if you’re looking for a new direction in your career, look no further.

What is according to you, the best strategy to address this problem ?