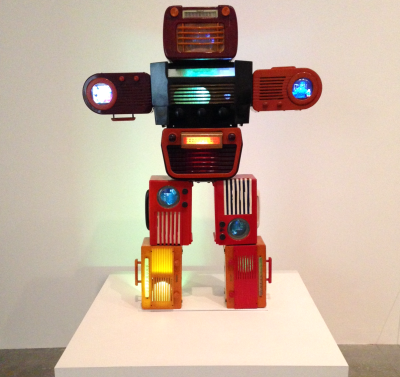 The 1973 oil crisis has been a key moment. At this point in time, people from the south decided to stop fostering western countries middle class growth with cheap resources. Since then, we have witnessed our job security been compromised by many different factors. For the sake of brevity I will only consider three in this article.

The first one is globalization. People from all around the world are jumping on the opportunity of joining the western world middle class. Who could blame them ? All of a sudden they have the ability to afford for a decent living, pay for studies for their children to get graduated and the prospect of social promotion.

The second one is boredom. Companies have spent since the 90s a terrific amount of energy (and money ! ask Oracle or Salesforce) to rationalize processes and freeze them into IT enterprise systems. The workforce is now completely subjected to mostly dysfunctional IT systems, processes are completely pulverized and employees, having lost the contact with the customer, have lost the meaning of their work.

So where do we go from there you might think ? Who gonna save our jobs ? If you are serious enough about these questions, the benevolent shadow of Taiichi Ohno is looking after you. Lean can help in overcoming these threats, keeping our jobs and, into the bargain, making us more engaged in our work. Here’s why …

The core hypothesis of globalization : having the work carried out half the world away is cheaper. This hypothesis is far from a valid assumption, especially for knowledge work, but let’s not quibble over it, not to get too many enemies from consulting companies, and pretend it is valid.

What Lean does is improving dramatically the productivity. We are not talking here about 5 or 10 % improvement. We are talking here about 30 or 50% improvement. To mention only projects I have been in charged of : a software vendor R&d department reducing releases delay by 50%. An IT integration team going from -25% margin to +25% margin within two months. A back-office service team improving productivity by 25% all the while migrating to a completely new IT system and losing 3 of their senior members.

When Lean helps in improving productivity at such a scale, what is the business case of having work being carried out overseas ? Even if there actually was one in the first place ?

Lean brings 2 essential things in the work place : collaboration and deep thinking. When you put the team in a situation where they can clearly see what the challenge is, what the obstacles are have them standing together before these obstacles, two magical things suddenly happen.

First, they start to think. Not think like “I think it would be nice to add this feature in my IT workflow and get it in 2 years time”. Rather it is thinking like : “what are the causes of my problem ? What counter-measures could we try today ? How will we know it works tomorrow ? How will we measure it ?” This is scientific thinking. This is how science has progressed since the 17th century and the Royal Society. This is proper thinking : it has been framed in a business environment by Walter Shewart and Edward Deming in the 50s with PDCA Problem Solving, and adopted by Toyota as the core of Lean Management and Kaizen.

Second, they think together. They can see the performances gap and they will try whatever possible to overcome the obstacles preventing them from reaching their goals. And more often then not, it takes many people in different functions to do so. Aligned on common business objectives they will share collaborate to solve a common problem eventing them from reaching a common goal. This is how I’ve seen collaboration thriving throughout teams that call each other bad name prior to lean. Believe me, this is magical.

People are no longer chained to their broken IT system, they are encouraged to think, be creative and work in teams to solve problems. And while doing so they develop deep knowledge of their process, work and business.

In Organizational Culture and Leadership, Edgar Schein describes what he calls sub-cultures. He can see three of them : Operators, Executives and Engineers. The engineer culture thrive for an abstract world where the people are designed out of the system. Robots is their Eden.

Now, believe it or not, robots, just like IT systems are not a magic solution. Sometimes they break and they need highly skill people to look at them. And they are not really good at improving processes.

The fact that one of the best and most successful manufacturer in the world (yes, Toyota) favor people over robots should get robot zealots and buyers to think twice. Toyota replaces machines with humans to improve the production line. Why would a company do this ? This Bloomberg article sheds some interesting lights on that bold move and quote Toyota craftsman Mitsuru Kawai : “We cannot simply depend on the machines that only repeat the same task over and over again,” Kawai said. “To be the master of the machine, you have to have the knowledge and the skills to teach the machine.”. This is the great Toyota principle at work : machines serve human, not the other way round. And while solving problems to escape work boredom (see section above), they develop deep expertise in their field

Lean provide any workers (not only knowledge workers) with something that make globalization irrelevant, prevent boredom and a skill robots won’t have anytime soon : the scientific thinking method to solve business problems and develop new skills. This is why it will save your job.

Worker of the 21st century western world : what is your strategy to save your job ?