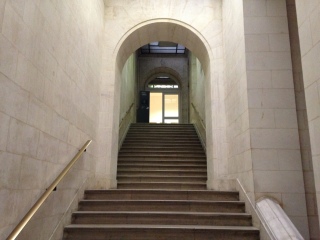 Startups have been all the craze for the last 15 years or so and the two bubbles : 1.0 (dot com’s) and 2.0 (social apps). One could argue that their most impressive achievement is succeeding in making technology entrepreneurship sexy and successful entrepreneurs as glamorous as rock stars, despite the swimming pools flip-flap.

There have been many blog posts about what a startup is and what is not but I’ve always thought there were something missing. Until I read this essay by Paul Graham, co-founder of startup incubator Y Combinator. The name of this essay does not hold so much suspense : Startup = Growth. The guy behind the success of dozens of startups including Airbnb explains why. At this point, I can only recommend you to read this essay and come back, as this is probably the most insightful 15mns read you can have about start-up. (Go ahead, take your time, I’ll be waiting here).

For a company to grow really big, it must (a) make something lots of people want, and (b) reach and serve all those people.

My perspective is that startups have put great focus on (a), the external part of the challenge, mostly thanks to Eric Ries formalization of Lean Startup. However, I believe that these small companies sometimes are left wanting on (b), i.e internal processes and management. As a result, even young companies succeeding in finding their audience and target customer sometimes struggle to deliver and to achieve promised results and growth.

This is where the Lean Scale-up gets in …

In this seminal essay from 2012,  Graham explains why Start-up needs growth, and what type of growth is required.

A good growth rate during YC is 5-7% a week. If you can hit 10% a week you’re doing exceptionally well. If you can only manage 1%, it’s a sign you haven’t yet figured out what you’re doing (…) We usually advise startups to pick a growth rate they think they can hit, and then just try to hit it every week. The key word here is “just.” If they decide to grow at 7% a week and they hit that number, they’re successful for that week. There’s nothing more they need to do. But if they don’t hit it, they’ve failed in the only thing that mattered, and should be correspondingly alarmed.

I have joined a start-up in 2004. This has been the most inspiring 2 and half years of my career. Well before the iPhone, this company was providing a platform for customers to download mobile video games and components over the air. I met fantastic professionals, discovered collaborative tools in a professional environment (blogs, wiki, …), agile methodologies, continuous integration, etc …

The company started in 1998 when Mobile industry was still in its infancy. The founders had this vision of gaming platform on mobiles. In 2003 the company was making money. This was all achieved using ad hoc processes relying on hackers culture. Then, from my perspective (may be challenged by other people in the company) something bad happened : we decided to industrialize the company processes, we bought company to achieve external growth, we set up business units etc … the standard top down corporate MBA type approach. We burned cash flow and closed down.

My hypothesis : a) we have been unable to fully understand what worked at first (external adaptation) and reproduce it and b) we have been applying blindly standard solutions  to scale up without really understanding what the actual problems were (internal integration).  Chances of long term success were slim.

Benoit Charles-Lavauzelle is co-founder of Theodo, a Parisian start-up we have been helping to tackle his internal integration issues. He will be at the Lean IT Summit to tell the story of his company and his story as a leader. His business went through a very promising take-off to start with but then some internal issues stalled its growth and they hit some plateau.

What is interesting here is that despite the Lean Start-up approach for the product, the hacker culture and the agile methodologies, they still faced challenging issues. What Lean has brought them is a way to make sure they tackle the right problems thoroughly, in the right order. And they tripled their revenue in a year.

Programmers will recognize what we’re doing here. We’re turning starting a startup into an optimization problem. And anyone who has tried optimizing code knows how wonderfully effective that sort of narrow focus can be. Optimizing code means taking an existing program and changing it to use less of something, usually time or memory. You don’t have to think about what the program should do, just make it faster. For most programmers this is very satisfying work. The narrow focus makes it a sort of puzzle, and you’re generally surprised how fast you can solve it.

Focusing on hitting a growth rate reduces the otherwise bewilderingly multifarious problem of starting a startup to a single problem. You can use that target growth rate to make all your decisions for you; anything that gets you the growth you need is ipso facto right.

A comparison #hypertextual made a while back [FR]. Two things here deserve special attention :

This is just scientific problem solving, i.e PDCA, the core of Lean Management. Lean applied to scaling up start-ups : this is Lean Scale-Up.

Drawing on the example of Theodo above, I intentionally focus here on internal development (the original point b) as Lean Start-up has been mostly focussing on external development (point a).  This is an interview [FR] Benoit has given to tell his story and introduce his keynote at the Lean IT Summit.